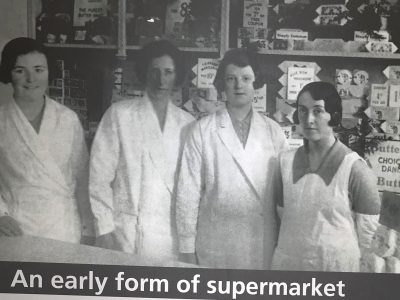 There’s no such thing as a holiday for us Woodies. Our MD spotted this at The People’s Palace on Glasgow Green while spending a few days taking in the culture of what was once Britain’s 2nd largest city.

So this was Buttercup Dairies ‘self-service’ shop pre 1939.

The founder, Mr Ewing, was already engaged in what we’d now call corporate social responsibility by donating the Sunday laid eggs, all 100,000 of them, to feed the poor and sick.

Even more exciting was his realisation of the importance of customer satisfaction and his attempts to create an internal culture based on the ‘Buttercup Commandments’. It’s always worthwhile to serve with a smile

A parcel neatly and firmly wrapped will bring customers back

Cleanliness in handling food cannot achieve anything but good

Where the staff is bright and cheery business will be brisk and bright, never dreary

Economise in light, paper boxes and string – be careful – do not waste anything

We might argue that rather than being a rigid set of commandments it should be more of a behaviours framework. We know employees are more likely to engage when they are given the autonomy to act in a way that is personally relevant and authentic. But hey, this was early days, very early days, and Mr Ewing was clearly a pioneer and working it all out for himself.

We salute you Mr Ewing! 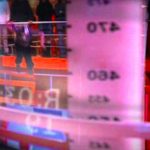 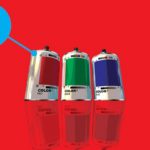 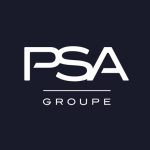